She was the most beautiful bride I’ve ever seen.

My sister, gowned in lace, flowers adorning her hair. My sister, tall and elegant, processing up the aisle. My sister, a princess being offer by the king and queen who gave her life, offered to the prince who would share in that life, protect it, cherish and nurture it. As the choir’s harmonies swelled in the high, medieval-like spaces with holy, holy, holy, and as we the witnesses looked on in wonder, I can describe Tianna as nothing other than radiant.

And as she and her beloved clasped each other’s hands and vowed their love, I feel that we were bound with them—a hem on a tapestry, called to support them by our indelible connection through the Body of Christ. Perhaps this, in part, is why such strength can be found in Christian marriages. A man and woman do not enter the Sacrament alone; an army rallies around them.

I imagine the heavenly armies were gathered before the altar there as well—to celebrate the victory of purity in the couple’s love. For I believe my sister radiated as she did because her soul was a window unsoiled, allowing the purest light to break through from Heaven onto this earth. I think it is a grace specially designed to be released in the Sacrament of marriage . . . but one that is too often hindered by a blackened window. If the world knew how sweet this grace was, it would not only cleanse its windows but throw them open to feel the warmth beyond.

Yes, I think what I will remember best from my sister’s wedding is the warmth—the warmth emanating from God’s very heart, made possible by the holy romance between a man and a woman. Yes, it was the the Divine descending through mere humanity. Such is the power of a Sacrament. 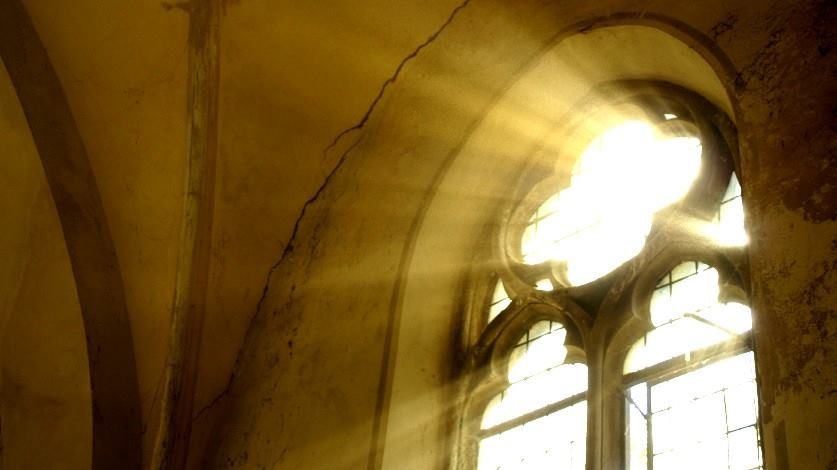