The old brick convent was immersed in a whirl of white, but we were warm in our nest, where I roasted lamb in white wine and baked nutty apple crisp. Today, the woods are sweet with icing. They are silent. But within many people, blue sky or not, the weather is yet whirling.

“Fear is contagious,” my husband said to me as we lay in bed, nose to nose. Yes, it is. It is no less a disease than cancer, burrowing its tumorous tendrils into one’s trust.

“I prefer a church that is bruised, hurting, and dirty because it has been out on the streets, rather than a church that is unhealthy from being confined and from clinging to its own security.”

I wonder: have the words cried from the rooftop by Pope Francis truly been heard? Or have his words deflected off the confinement created by the very sickness he decried? The cancer of fear, spreading rapidly.

Many fear that the rock that is Peter is eroding—but I believe it is truly their trust in Christ who established the rock that is eroding. They are clinging to their own rock, their own security, and thus have closed the doors of their hearts to the streets. They are spotless, righteous, in their pure white hospital gowns—and dying inside.

Whirling, whirling. Fear is stirring the water, awakening the leviathan of the deep—that is, the desire to take control—but was it not Christ who calmed the storm? When the Apostles cried out in fear, it was Christ alone who could assure them that no matter what, He was in control. Two thousand years later, nothing has changed, for Christ is the same yesterday, today, and tomorrow. The rock that He established is as strong as it ever was and ever will be, because He promised that it would be: the gates of hell shall not prevail against it.

We are not called to interrogate every act, every word, produced by Pope Francis—but to trust in Christ. It’s simple, and that’s precisely what our pope has been telling us. When we simply trust in Christ, the doors of our hearts are opened to the streets, where we the sick find our healing. Love, love, love, we are healed by love, in loving and being loved—when did this change? When will it ever change? Christ reached and He touched the leper, the blind, the maimed.

We the Church of this day are called to do no less. 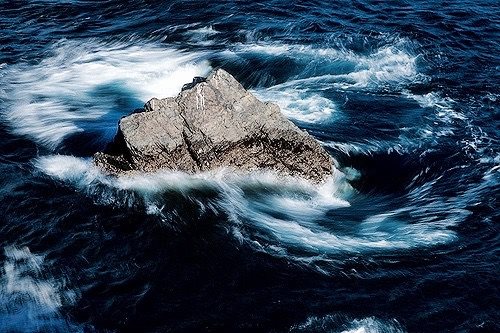